MUNAYCHA means “affection” or “pretty” in Quechua, the language of the Peruvian Andes. We work as adventure travel specialists residing at the shore of the Vilcanota river, in the middle of the Sacred Valley of the Incas, a valley that joins Cusco with Machu Picchu.

We do half day, whole day and several day tours combining different outdoor activities along lakes, out of the way ruins, enclaves filled with local flora and fauna and more. All our tours include the necessary state of the art gear for each activity, transportation, water, first aid kit, specialized guides and delicious snacks or picnic lunches depending on the route.

Try your Peru travel experience with us. There is always something for everyone! 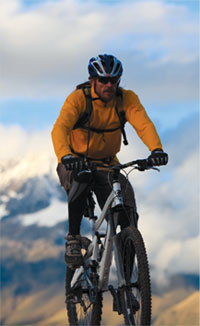 DUILIO VELLUTINO makes dreams come true. He was born in Lima and grew up in Arequipa;  the oldest of five siblings in a family of Italian descent, all of them adventurers and campers who do their traveling by land and love extreme sports. Very early in life he saw legendary explorers pass by his house, people who introduced him to adventure sports, such as the group of Poles who made the first kayak expedition down the Colca Canyon in 1981. He has lived in Italy where he worked as a professional rafting guide, and has administered hotels in the coast of Spain where he followed courses in Hotel Management.

Duilio has organized canoeing championships, adventure pentathlons and campaigns to create river protection awareness. He founded the first adventure school in Peru in the early 90’s.

A lover of nature and extreme sports, he runs grade V rapids in kayak and raft since the 80’s, has been kayak national champion for four years, and has lead and participated in countless multiple day expeditions in raft, kayak, mountain bike and sea kayak, along routes where the only thing to come across are tiny rural communities, ancient Inca ruins and native fauna.

He participates in high endurance adventure races, involving multiple sports and long non-stop treks. His style is a perfect combination of comfort, luxury, safety and adrenalin. He never stops smiling. 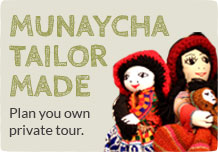